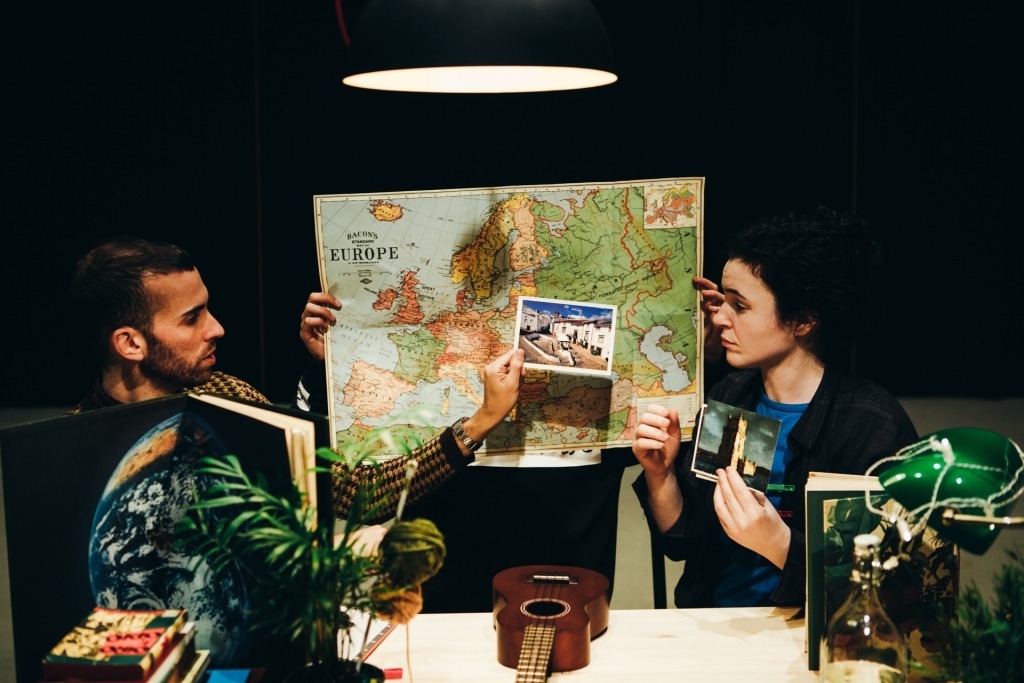 Families February 29 and March 1: 4:30pm
Schools March 4, 5 and 6: 10:30am
Presentations with portuguese sign language €3 for children under 18 1€ Schools TEIP March 1: 4:30pm
March 4: 10:30am
Age range +12
This performance doesn’t require the presence of a responsible adult.
Running time 60min
Tickets for families €3 for people under 18
€7 for people over 18
Discounts available
Tickets for schools €3 for people under 18
1€ Schools TEIP
Share

Three travelers floating in the middle of the Mediterranean. While they let themselves go by the tides, towards a destination they are yet to know, they remember the names of the fifty-five cities described by Italo Calvino in “The Invisible Cities”.

They are cities with women’s names as if the cities were also people that are born and die, dream and fear, run and rebuild their lives in other places if they manage to get there. Cities built on a land with no borders – these imaginary lines that unite but also separate countries, people and cultures.

A life-saving boat, three apples, some clementines, a cabbage, three toy animals, a blanket, eleven books and a map of Europe, a photo and some postcards, three people. There are a total of 55 objects in the scene, for actors to bring with them on this long journey and for them to transform in maps, buildings, scale models and representations of imaginary cities like Zenóbia, Esmeraldina e Adelma; these are also representations of real places such as Lisbon, Berlin, Ponta Delgada, and Aleppo, Syria.