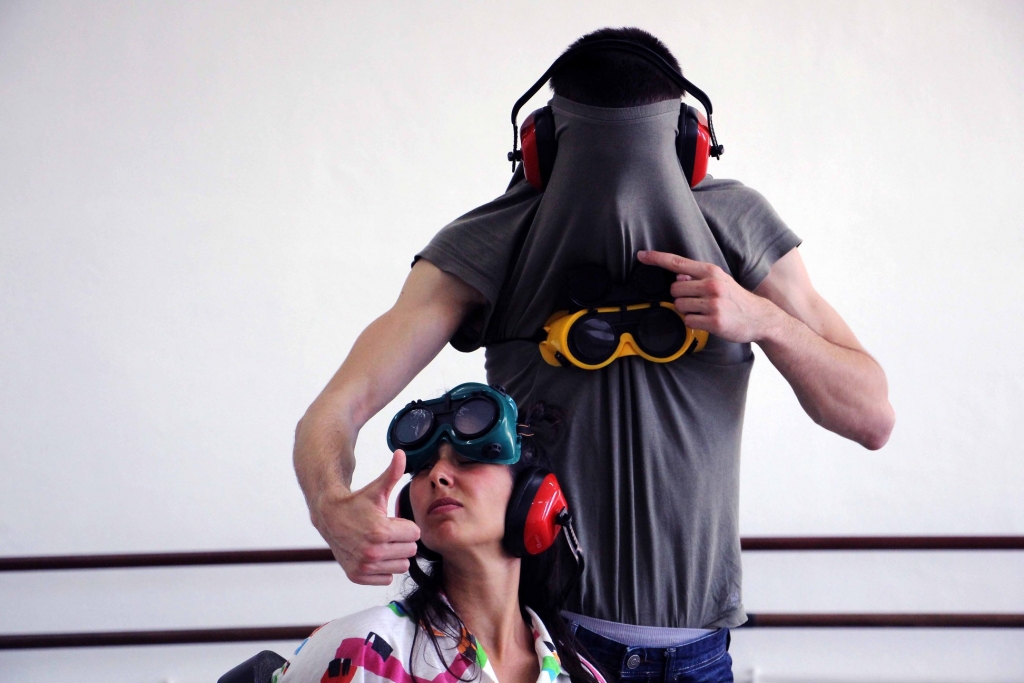 “The Walk” is a place of discovery of the world without leaving our imagination. We stay inside our brain cells to manufacture adventures and use frolic (a place of transgression and utopia) as a radical gesture.

This performance is also about growing in many ways, surrounded by inventions. It is about having to make up games to entertain time. It is about imaginary speeches and dances. It is like diving into an adventure book and becoming its character, or getting inside the film screen and becoming part of another reality.

They are game dances, to play at growing up. Everything is mixed up when we start playing, and time is suspended in a magical place. And can we mix all these worlds while we dance? What is a dance puzzle? And a remote-controlled dance? Or a telepathic dance? Or a rock-paper-scissors dance? And what is this of exploring the world without leaving one’s place? Which eyes should we bring with us? Are we still here?

As if we were taking a walk, we passed through the games, sounds, and images of childhood. We confused the adult body and made it amusing, face to face with the inner thought, where we conspire to exercise our favorite utopia: daydreaming.