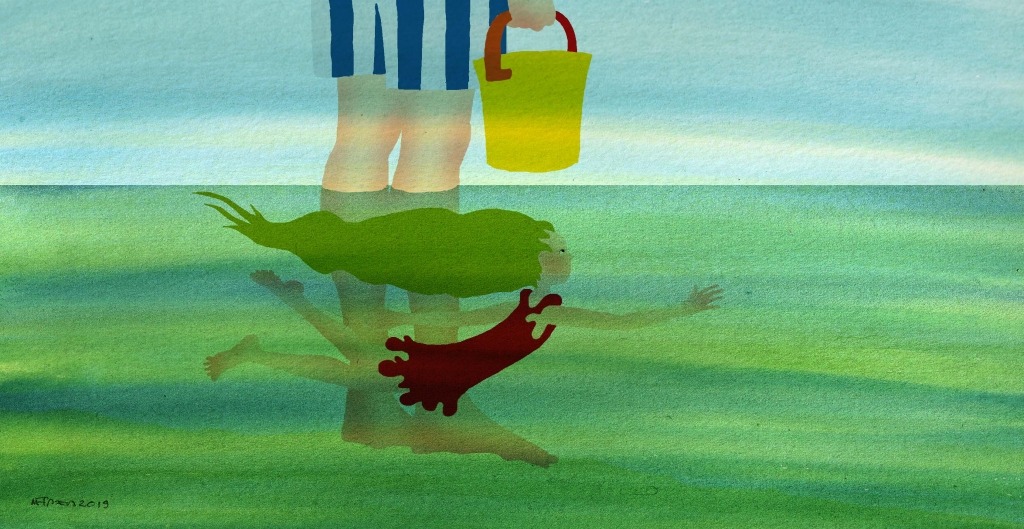 Really! spectacular books for the show A MENINA DO MAR

While she was here, Sophia imagined this and other stories we still read today, and will read again tomorrow.

The story tells us of the sea and the land, of friendship and longing, tolerance and fear, joy and imagination.

It also tells us of the courage it takes to go and find our true place –  because sometimes is not where we are.

These (really!) spectacular books will show us the oceans and the sea, which we so often neglect and barely know.

I also found a story about yet another boy from land, a wordless story where someone is building their own destiny, and yet another one that tries to explain what saudade is – the most Portuguese word in the whole dictionary!

We really need a “Big Book” if we are going to talk about oceans. Planet Earth has more sea than it has land.

The oceans are gigantic masses of water. In addition to the shinny surface we can see from land or the air, oceans are many meters deep, inhabited by millions of creatures, delicate and scary, beautiful and ugly, weird and simple. Let’s find out?

A dictionary explains  the meaning of words. The word sea is as small as mom or dad, but like these two, it is as huge and important as the water from which it’s made.  We are glad they made a dictionary just about it. The sea is so immense and so complex that they’ve even invented a word for it – actividary –  teaching us to learn about it, and with it.

The sea seems endless. Perhaps that is the excuse Humanity uses for having treated, and still treating, the oceans so badly.

Jim dives into the ocean and finds  an account of Mankind’s History, told by the pieces of rubbish deposited at the bottom of the sea.

After all, in the Ocean there is also Earth’s history, and the heart of the Ocean is also Earth’s heart. In that case, is it a good idea that we have chosen rubbish to become our buried treasures living among the most amazing fish?

The book “The girl from the sea” could have been called “The boy from the land”, instead.

Noé is a land boy who lives near the sea. After a storm,  he is walking on the beach and, just like the boy in that other story , he finds a “girl from the sea”.

But he is on his own (even though he lives with his dad) and has also learned how it is to deeply miss something . And on the way, he even reminded his dad of some important matters.

It goes like this after all, we learn from everything and everyone: we land dwellers from sea dwellers, grown-ups from children, and the other way around. We just need to be on the lookout.

Do you know what saudade is?  It is a very Portuguese word, very hard to translate. Whole books have been written to try to explain it, many songs were sung, many poems . And they still are.

In this book, a wise king (or wise ass) thought he could explain all the words in the world, but when a guy called Fernando* asked him what saudade meant, the king needed seven days to come up with a meaning. I bet it was not in a dictionary …

*Can you guess his last name? Round glasses, hat, dark suit… hard to miss.

Sometimes we think we are in the right place, that we have found our spot. Our place “in the sun”.

Like when we arrive at the beach and pick the place to lay our beach towel in the deserted sand, or among the hundreds of other beach-goers who have arrived earlier.

This man, so he thought, had found a good spot. But then something in the water got his attention.  And from there to realizing his spot could be somewhere else… he needed some objects to make his way through. .