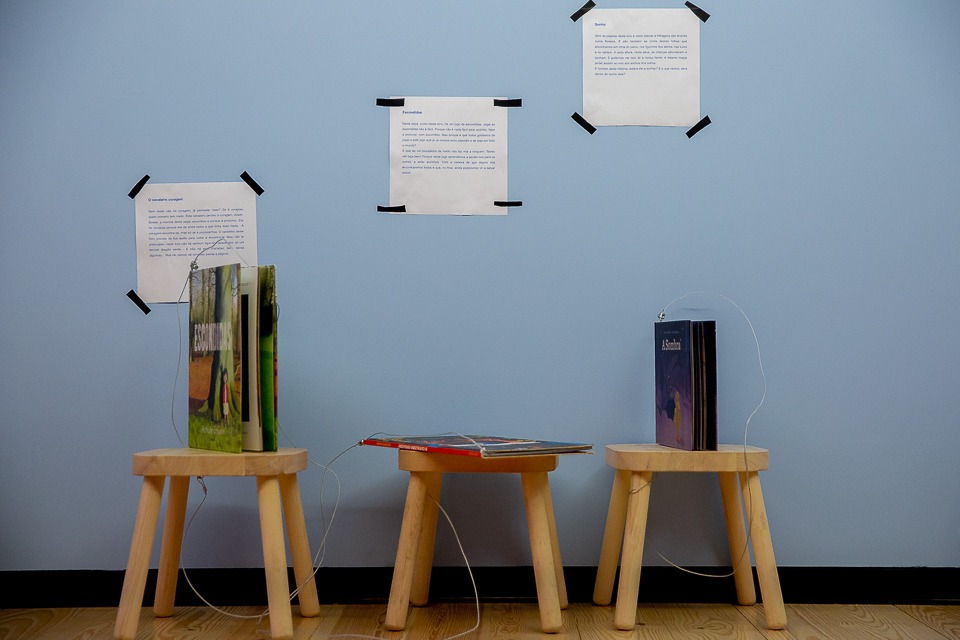 REALLY! SPECTACULAR BOOKS FOR THE CYCLE «CHILDREN, A THEATRE, AND A CITY»

How does a city grow? As a person, a baby, child, teenager, a grown-up, until it gets old, very old and very wise? The city was born before today’s child, or yesterday’s, before all of us and our children. Born around a square, a church, two beautiful trees, a group of people who came together to live … better.

Can a city also get sick like we do? Can it also bruise its knees and have tummy aches? The city is a body and bodies can indeed hurt, of pain, of course, but also out of joy! Pollution in the air, too much noise, potholes in the ground and cut off streets. But there’s also partying on the streets, bright lights blinking as an everyday Christmas, and an ongoing buzz resembling that tickle in our belly when we’re excited about something!

And the children in the city, how do they experience this crazy amusement park with so many rules, but also possibilities? Where do their minds wander while they sit belted in the back seats of our carrier pods?

In the never-ending traffic jams line up on the rug, cars touch without people getting angry; a different mirror of the city’s unbearable traffic. Cars flying off the rug – how f far can they go? Also on the rug, drawn up cities, lego skyscrapers  – or books! – that pile up to hit the flying cars. In the city, the horizon is not a straight line; instead, it takes on the shape of the buildings (a bit like teeth, when they are growing unevenly), but when we’re playing, the horizon is shaped by imagination.

Wouldn’t it be beautiful to see the birth of a city? The first house, the first tree, the first street, the first car, the first boy being born. When we got here, the city was already here. But if you watch carefully you’ll see it changing every day, in each corner, a the new cafe opening in the neighborhood, a scooter parked on the sidewalk, the crane pulling a new building through its suspenders until it becomes so very high! In this book, you have the front seat. You are the city builder, and you decide on when to stop, on where and how you want to live. Just open it on the first page.

We have all wanted to fly, at some point.  Those who have landed Lisbon in a plane were lucky to see the city from above, as if it were a drawing. This drawing, seen from above, is called a plan. But we can travel in other ways: without being on plane, see the city with fresh eyes, experience life through a thousand different characters. Everything is possible inside our minds and books are adventures leading to other adventures. Pick up a book and you’ll become a world builder!

What if, suddenly, the ruler of a country, or of a city, was a kid? This has happened throughout History many times: some kings and queens rose to the throne when they were still children. But it was actually a bit of make-believe. It was their grown-up counsellors and ministers who really ruled. In this story, a really young king has risen to the throne his first task is to rebuild the kingdom after an devastating earthquake. The new place he dreams for himself and his fellow citizens comes from the books he had read in his prince charming Library. It’s not a perfect place, but it’s fairly good one.

The city is full of directions and signs, this way only, no traffic, no parking. Wonderful and scary arrows that help us go around, but also make us go around, detour, take u-turns, stop. What’s in the space between the arrows? One day a boy decided to disobey the signs and dared to go among them, beyond them. And after he realized what he was missing, he went around the city changing their order. Can you imagine what happened?

Some friends are really special. At school, we sit next to our friends. Houses sit next to their neighbors in a street. But we don’t always know who lives there, laughs or cries there, the same way we do with our best friends. In this story, the city’s street map overlaps with the map we all have inside, in our head-heart. In it, we recognize places and colors, scents and people, brakes screeching and the giggles from our downstairs neighbor. This is the city, our city.