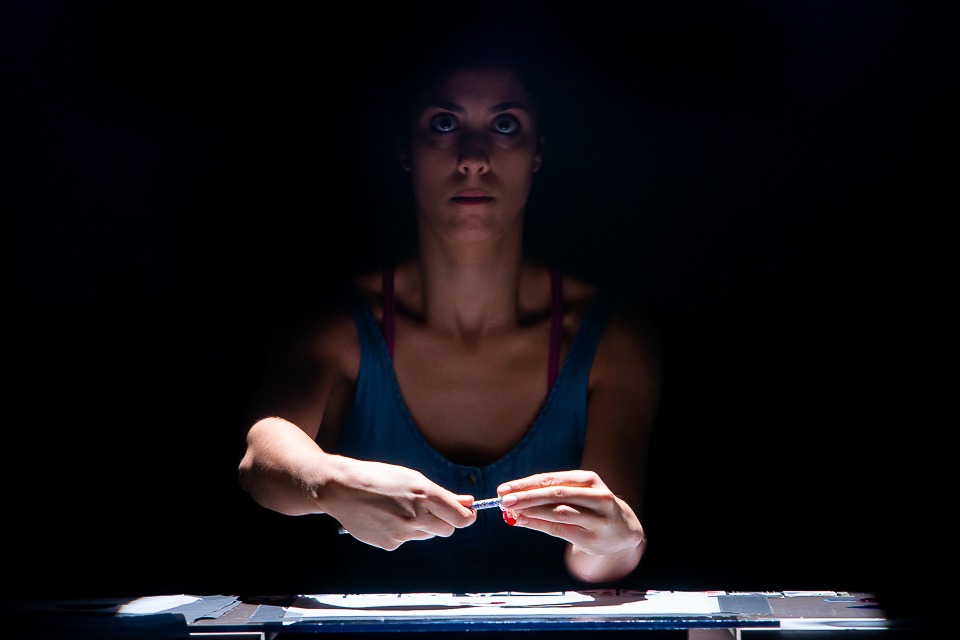 From September 27 to October 14, LU.CA – Teatro Luís de Camões dedicates its programme to illustrator Catarina Sobral. This cycle will include theatre sessions, a film-concert, an exhibition, workshops, and the launch of the author’s most recent book: Impossível.

In the first play by the award-winning illustrator Catarina Sobral, we start at the beginning: when everything was in the same place. The world and all the things that exist beyond it fit, one day, in the same place. We do not know how it came to be, but we know that the Universe came from a very tight space. Impossível tells the story of the universe from up close (and many light-years), from the Big Bang to the beginning of Humankind, on a long journey between particles, stars and dinosaurs.

In this cycle there is also room for the film-concert show «Razão entre dois volumes» that will have live music for the first time with André Galvão (double bass), Diogo Picão (saxophone), F Kent Queener (accordion), João Carlos Barata (Viola).

From the show pops up the book, which will be released by Orfeu Negro on October 13, right after the performance. On Sundays, 7 and 14 September, there will be a workshop for children over 4, also based on the author’s new book. In this workshop, Madalena Marques (performer in Impossível) questions what the Universe is made of.

Catarina Sobral was also given full permission to design a installation for the theatre Entrepiso: «Grande Bang» can be visited from Tuesday to Sunday until 7 pm for the duration of the cycle.

Born in Coimbra, Catarina Sobral has illustrated eleven books, eight of which are her own. Avoiding closing herself in a specific technique, Catarina Sobral tends to use a limited color scheme, rather exploring the combination of textures and patterns.