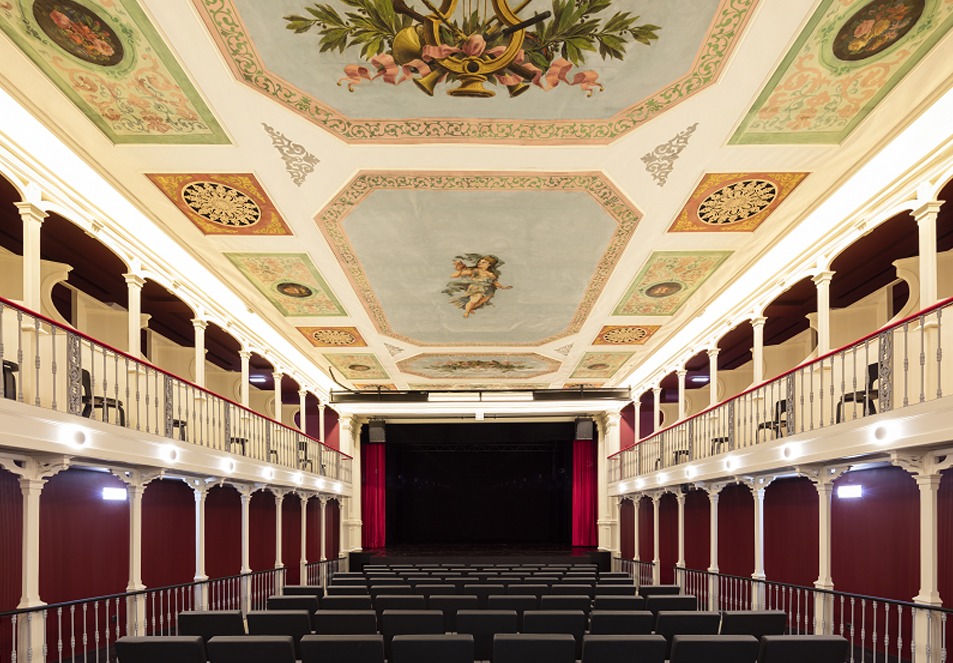 Going back to the places where we once were happy

Going back to the places where we were happy. It is with much excitement that we are back in September to reopen LU.CA’s doors. We are starting again with a new spirit, carefully planning the safest way to welcome children and adults at the Theater.

The group El Conde de Torrefiel does the honor of starting the season in the theatre room with the play “Los Protagonistas”, our first international co-production, designed especially for the younger audience. A stroll through a theater space stripped of its traditional structure. An installation-itinerary of enigmatic landscapes in which the spectators venture to distant lands as if they were explorers. Once inside, they become part of the story.

In the following month, we will premiere Sofia Dias’ and Victor Roriz new project for preschool children. A contemporary dance show that alternates between the objective and the abstract, using movement, voice, words, objects, and sounds to play and, just like a child, to hop carelessly from one thing and the other.

Meanwhile, on the online stage, we’ll introduce Livros ao Ouvido (Heard Books), audio records of selected books from our Public Library. A project that has been prepared with great care for our audience, bearing in mind those who like or prefer to hear stories, rather than reading them. The theater’s team chose their favorite books, which form a set of Livros ao Ouvido (Heard Books), a project that introduces to the public, the faces (and the voices) behind the scenes.

In October, we will resume our themed cycles, this time to reflect on Power. Who has it and why is having power a great responsibility? Does power compel, command, influence, or guide?

The Power Cycle will bring to LU.CA a program the comprises films, performances, mini-conferences, an illustration exhibition, and staged readings that question each one’s power in this world that belongs to us all. Influenced by a recent event in the USA, in which a group of young people claimed to have influenced a Donald Trump rally, using social media as a “weapon”, we question: how is power attained and exercised?

Based on George Orwell’s “Animal Farm”, we will present you a homonymous play, co-produced by LU.CA, an adaptation of the original text by Inês Fonseca Santos, directed by Tonan Quito. The debut, in November, will be part of the Power Cycle, that resorts to different artistic languages in order to look for answers and to get us thinking.

Then, the artists’ duo Diogo Alvim and Inês Botelho will gather to present an artistic proposal for children that travels through sound. This performance mixes theater, music, dance, and mimicry with noises of what is seen and imagined.

This season will end with “What a Great Bang”, by João Fazenda, a show and exhibition by the illustrator which were canceled in March and will now premiere right before Christmas.

In these four months, LU.CA will also begin its project of school visiting in Lisbon, with a program designed especially for this purpose. This project represents an old desire to reach children and schools that cannot visit LU.CA.

While we were locked at home, during the lockdown, we thought about children and how difficult it can be for them, to be away from their friends and school. As such, and together with several artists, we came up with projects meant to be posted on Facebook, Instagram, and Spotify, so to go further, to reach more homes and other cities. That was how our audience seats expanded many times. Now we live in a different time, but we discovered that even without seeing or touching each other we can stay together and connected. And that is how we want to continue, close to you, at LU.CA, on Calçada da Ajuda, and ONLINE, on our social networks.