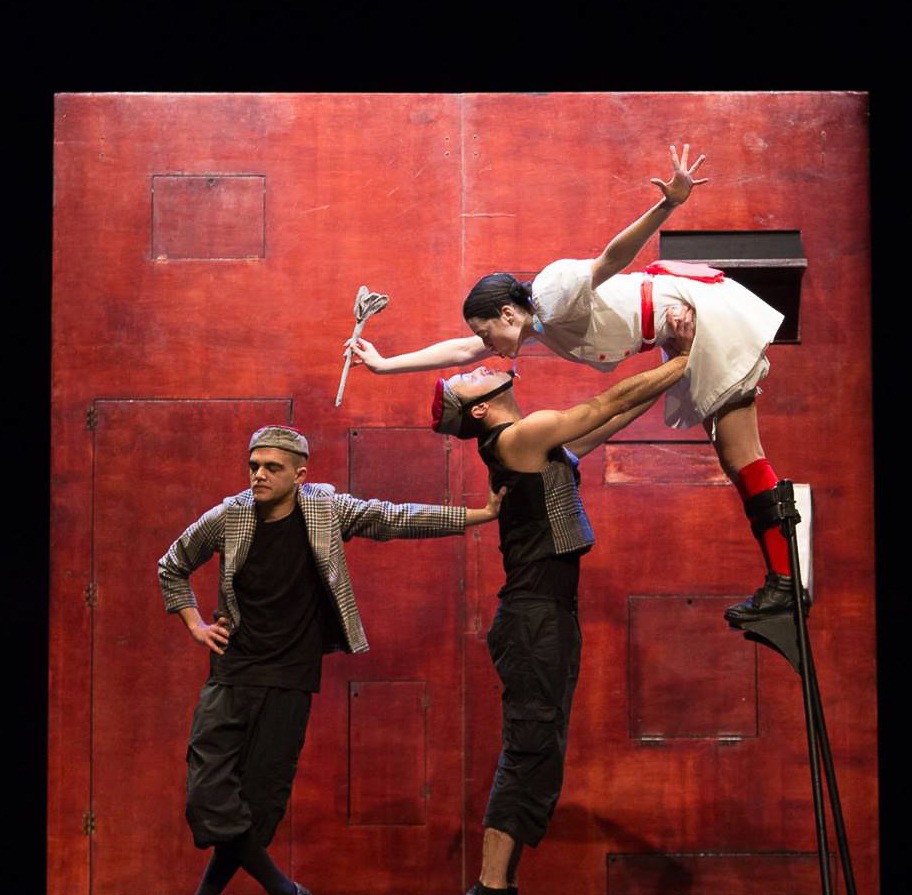 We have pictured three storytellers. Their bodies and voices jump into the stories, acting and reacting through flights, twists and turns. We then take detours into other shorter and smaller stories. Suspension happens in both interaction and plot, surprising us every time. Time, in these stories, is either stopped or gone too fast… or suspended in the eyes of the audience sharing the adventure! What happens next?!

A house resembling a small cupboard holds many secrets. Its doors open and close, showing and hiding characters and situations. Here, where dreams are made, possibilities are endless, and imagination is the limit!