What a Great Bang! 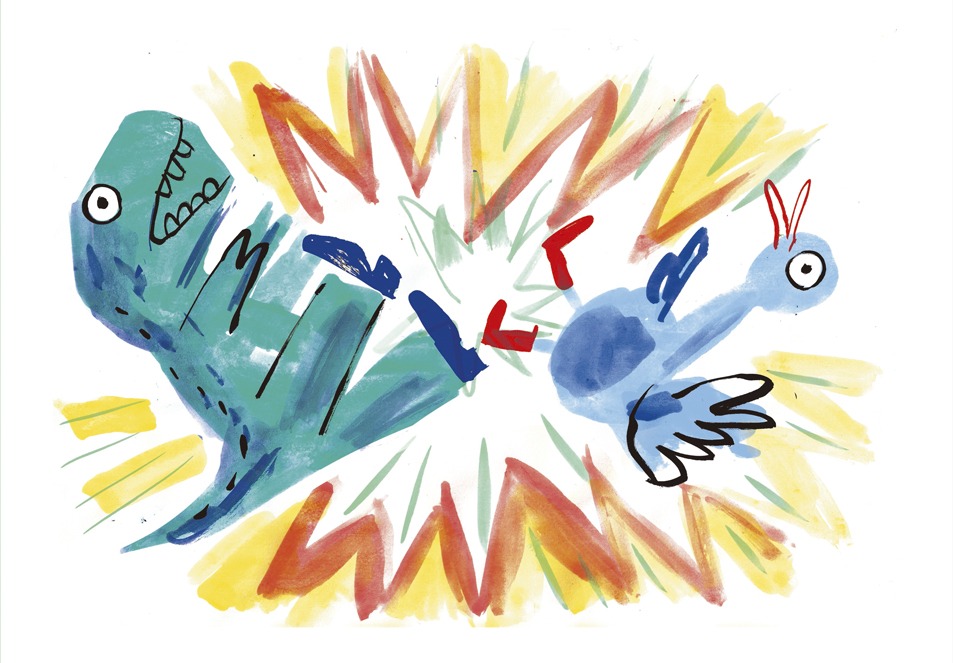 How does the world look like from the eyes of another person?

On one morning like any other, Elias, The Duck, and Rex, the Dinosaur run on the street for different reasons: the Duck is late and the Dinosaur is chasing a rabbit to scare him.

They run so fast that they don’t even notice each other and collide on a street corner, making a big bang. Nobody gets hurt and they go on with their lives, but after the chock, everything on that day is different. Both will find that things are not as they seem after all, and sometimes they need to switch places to better understand what surrounds them. And to discover that some problems are solved by singing together on one tune.