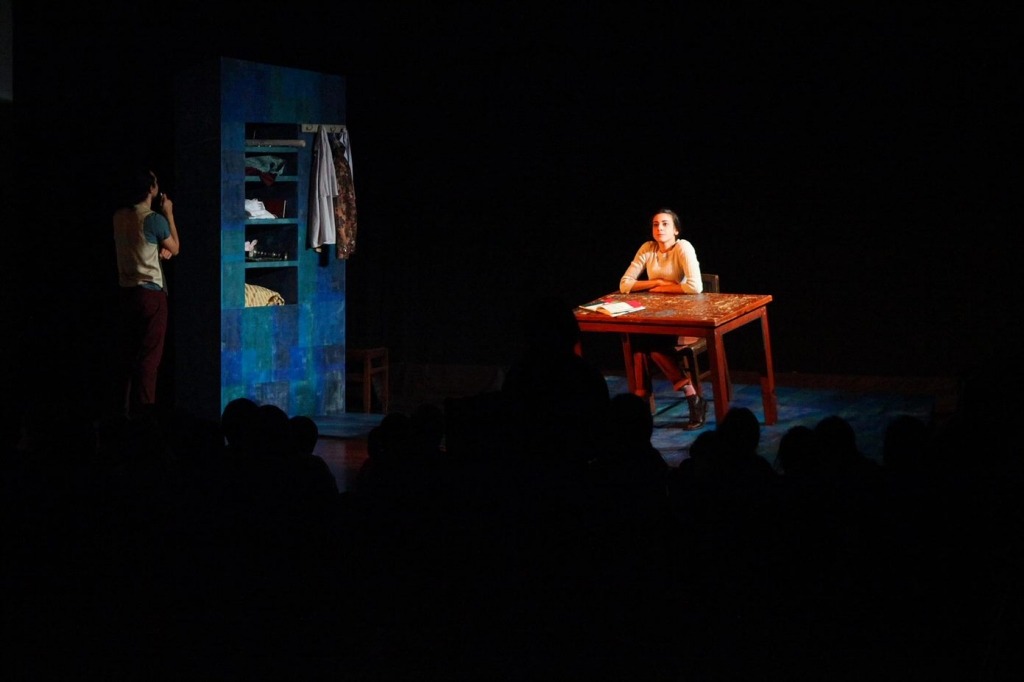 Table: noun, singular often attributive. Is it though?

A table is much more than that. It’s a place for infinite, individual and collective, actions.  At the table one writes, eats, talks, draws, operates, builds, celebrates, votes and rehearses.

Tables are made of several materials, in several sizes and shapes, but what really singles this object out is the way each one relates to it. There is no right or wrong, only different ways of looking at it. A table is a table, but it can always be something else!

This performance takes as starting point the book “Uma mesa é uma mesa. Será?” (“A table is a table. Is it though?”), published by Planeta Tangerina, and studies made in school context. It is aimed at children attending elementary school and it intends to explore this object,  in its utilitarian, symbolic and affective dimensions.

Throughout the show, two characters use the table to travel to the past, to the present, and to the future, invoking places of imagination and memory.

Photography: courtesy of Comédias do Minho